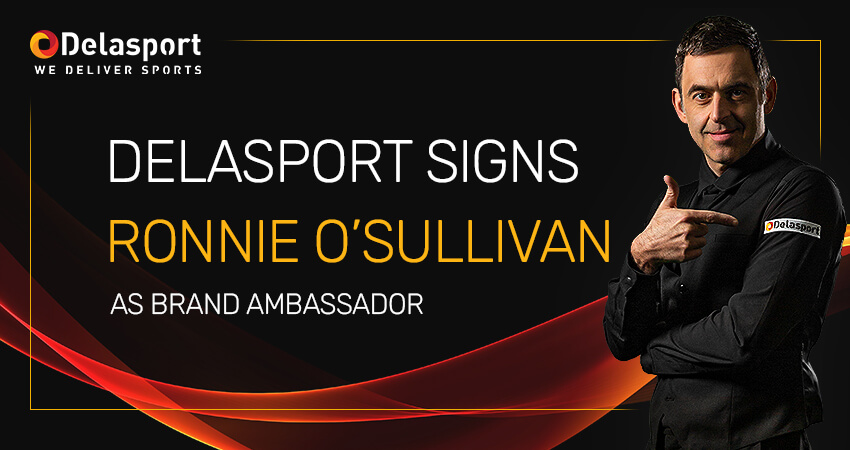 Professional snooker legend, Ronnie O’Sullivan has joined lead global casino and sports better provider, Delasport, as their new brand ambassador. Mr. O’Sullivan will be featured in a media campaign and will also be wearing Delasport’s sponsorship patch in upcoming tournaments.

Mr. O’ Sullivan’s appointment as a Delasport ambassador will further highlight the global iGaming leader’s commitment to sports and excellence. Delasport has already partnered with international sports, notably the company’s sponsorship of the Balkan International Basketball League, which was renewed in September 2021.

Ronnie O’ Sullivan is widely regarded as one of the most accomplished players in the history of snooker, having won the world championship six times, and holding the record for the most ranking titles in professional snooker. He has also received many sporting awards and recognitions, including an OBE (Order of British Empire) from the Queen of England.

Delasport has established itself as a global premium supplier, providing turnkey, iFrame, and white-label sports betting and online casino platforms, as well as full managed services and adaptable solutions.

Delasport CEO Oren Cohen Shwartz had the following to say on this important new partnership:

“We are excited about having Ronnie O’Sullivan on board as our brand ambassador. Ronnie is a distinguished professional sports figure with a fantastic career. Sports are embedded in Delasport’s DNA, and together with our mutual passions, we are sure this collaboration will be a resounding success. We are happy to welcome Ronnie to the Delasport family”.

Delasport is entering the Swedish market