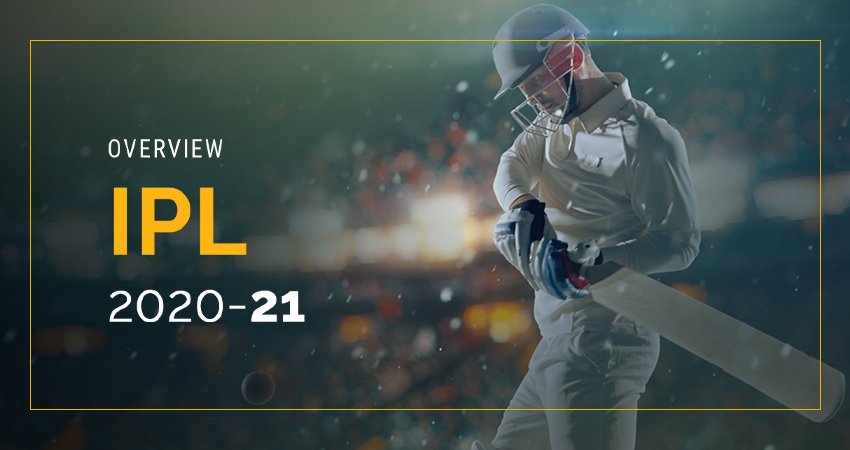 The Indian Premier League (IPL) is a professional Twenty20 cricket league in India usually contested between March and May of every year by eight teams representing eight different cities or states in India. The league was founded by the Board of Control for Cricket in India (BCCI) in 2007. The IPL has an exclusive window in ICC Future Tours Programme.

The brainchild of the Board of Control for Cricket in India (BCCI), the IPL has developed into the most lucrative and most popular outlet for the game of cricket. Matches generally begin in the late afternoon or evening so that at least a portion of them is played under floodlights at night to maximize the television audience for worldwide broadcasts. Initially, league matches were played on a home-and-away basis between all teams. But with the planned expansion to 10 clubs (divided into two groups of five) in 2011, that format changed so that matches between some teams would be limited to a single encounter. The top four teams contest three play-off matches, with one losing team being given a second chance to reach the final, a wrinkle aimed at maximizing potential television revenue. The play-off portion of the tournament involves the four teams that finished at the top of the tables in a series of knockout games that allows one team that lost its first-round game a second chance to advance to the final match.

Audiences across the globe will tune-in this April to relish the action. India’s sports betting market has a surprising estimated worth of over $100 billion, combined with a steady rise of 7% annually makes it a major attraction for bettors and betting providers across the globe. While mostly unregulated, the betting environment flourished in the past decade with states looking to enforce regulation individually where possible ensuring higher transparency in the local iGaming industry.

This year, the season will kickstart on 9th April 2021 in Chennai with a high-octane clash between defending champions Mumbai Indians and Royal Challengers Bangalore. The World’s Largest Cricket Stadium – Narendra Modi Stadium in Ahmedabad will host the Playoffs as well as the final on 30th May 2021 which promises to be a visual spectacle. The newly-built stadium that hosted India’s second Pink Ball fixture at home with great grandeur will host its first-ever IPL.

We are looking forward to seeing the Indian Premier League’s new season start!

How to attract iGaming players and retain them [Updated]

What do Millennials and Gen Z want from iGaming?