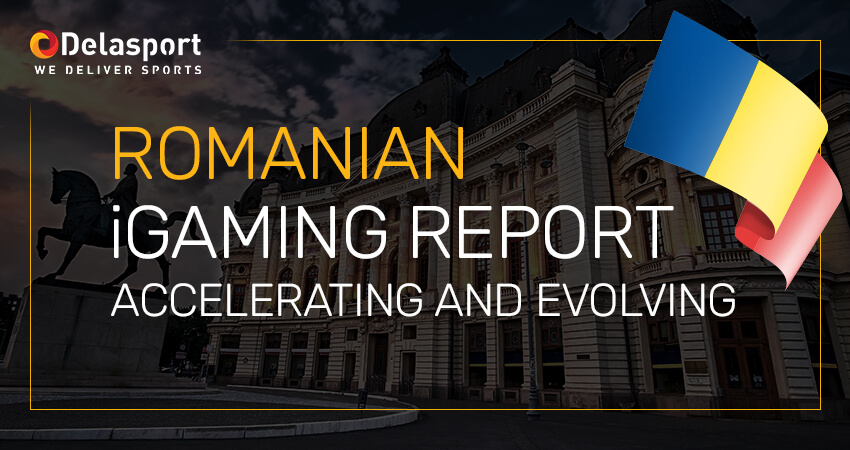 Romania is one of the most alluring iGaming markets available, with one of the fastest internet connections in the world, a population of about 20 million people, and a long history of betting.

Here is Delasport’s most recent market analysis report, which examines the Romanian iGaming Market’s current state and how it has grown to be a desirable possibility for the biggest operators and their partners around the globe.

The Romanian iGaming market size is estimated to be 900 million euros GGY, having almost doubled over the last three years. There were 16.79 million internet users in Romania in January 2022 – a penetration rate of 88% of the entire population. Data from GSMA Intelligence shows that there were 27.41 million cellular mobile connections in Romania at the start of 2022, equivalent to 143.7% of the total population. Romania’s number of mobile connections increased by 1m (3.9%) between 2021 and 2022.

On March 27, 2013, the National Gambling Office (ONJN) was established, and the state promptly authorized it to provide licenses to internet service providers. However, to receive an online license, an operator had to have a physical presence in the country under its initial licensing requirements. Emergency Ordinance No. 92, which was adopted on December 29, 2014, modified the licensing rules such that foreign online gaming enterprises no longer need an offline gambling license to apply for a local license.

Online betting operators were entitled to apply for a license in one of three classes under the current regulatory framework, which went into effect in February 2016. Each class has its own requirements:

Class 1– The Romanian law authorizes the sale of any permitted products on the domestic market, whether it be in physical or digital/online form, so long as the operator wishing to sell it has the required licenses and authorizations. The holders of this license must be B2C businesses.

Class 2– Included in gaming law that is required for all legal organizations working in the traditional and online betting industries, as well as for conformity assessment organizations.

Class 3 – Only given to the National Romanian Lottery, which has a legal monopoly on all types of lotteries.

In addition to raising taxes, the new legislative amendments to the Romanian iGaming market seek to enact stricter regulations to guard against gambling addiction and minors engaging in gaming activities.

The propensity in Romania is based on familiarity because it has a long history of land-based gaming and a strong betting culture. The Romanian iGaming market’s most popular online video slots are those that have their origins in retail-based casino halls and casino sections in sports betting stores. With a market share of approximately 70%, EGT video slots are a global leader. Shining Crown, 100/40 Super Hot, and more well-liked games are available. The fruit theme is popular among Romanian casino patrons, and players are becoming increasingly interested in network-level progressive jackpots to win the largest of the four tiers of Jackpots.

In Romania, where some of the biggest poker tournaments are held, poker is one of the most played card games. Romanian betting laws also allow players to access a global player pool, in contrast to many other countries where players may only face off against residents of their own nation.

Sports betting has a long history in Romania and has become a major part of the Romanian iGaming market. Football is by far the most popular sport, with Romanian gamblers wagering on leagues including Liga I, Cupa Ligii, and the Romanian Women’s Cup. Romania also has many racing leagues, including Alex Cascatău Motorsport, the Romanian Endurance Series, and others.

Cycling is also popular with Ciclism Romania, Tour of Romania, and many more. Similar to other European nations, handball is a common sport with significant competitions like Liga Nationala. Then there is tennis, which offers a variety of men’s and women’s Grand Slam competitions in addition to ATP 500 series and ATP 250 series competitions.

The 15th World Esports Championship Finals will take place in Iași, Romania in 2023, and the WE Championships will return after last being held in Bucharest 2013.

Romania’s decision to legalize gambling has been welcomed as a major step forward for a nation that was formerly under communist control. It has made it possible for society to become much more open and free, as well as for there to be a culture that is forward-looking toward new technology and the wealth that online betting can offer to all parties.

Increased job prospects brought about by the expansion of the Romanian iGaming market have attracted young, talented individuals to the iGaming business in a nation that is already seeing tremendous growth in its technological sector. Romania will continue to draw the finest operators to the market and position itself as a significant participant on the global stage because of its rapid expansion and increasing legislative clarity.