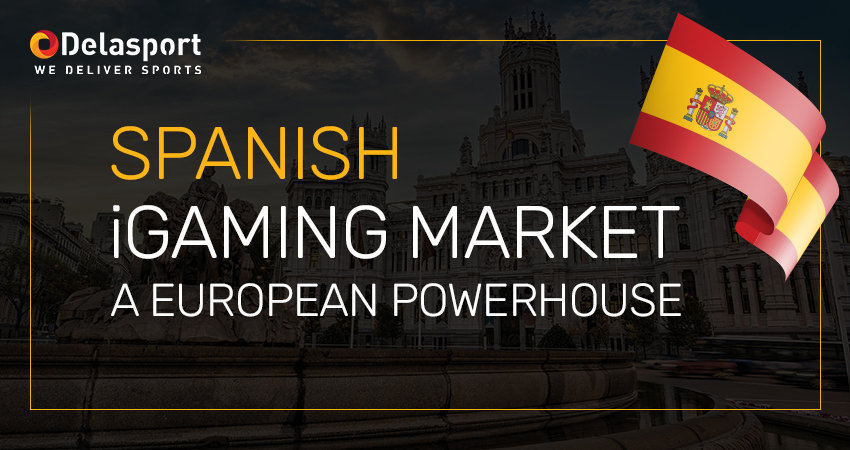 The Spanish iGaming market is one of the largest in Europe and has seen significant growth in recent years, despite the global pandemic and new restrictions surrounding promotion and advertising. With a population that has a comparatively open mindset towards betting, it is a business niche that will continue to grow in the years to come. In our latest market report, we take a closer look at the landscape as it stands now, the rules set in place, and what Spanish bettors favor the most.

Spain has a population of 46.75 million people with 54.34 million mobile subscriptions in 2021 – a mobile penetration rate of 116.2%, which is comparable to most Western European countries. Internet penetration is also high, at 91%. As would be expected, smartphones are the most popular device for accessing the internet, with 93.6% of all internet users choosing them as a preferred device.

In online casinos for Q2, slots proved to be the big winners, heavily contributing to an overall revenue increase of 23% when compared to the same period last year. Live dealer roulette NGR also increased by 15.4% YoY (€34.1m), whereas RNG table games fell by a further 5% (€11.6m).

While online gambling in Spain became legalized in 2011, the first license wasn’t issued until 2012 – and since then many online casinos and betting sites have been granted permission to operate, regulated nationwide by the Directorate-General for Gambling Regulation. Despite the legalization of e-gambling in Spain, exchange betting and online slots remained prohibited until the end of July 2014.

Depending on the scope of the activity offered, iGaming market in Spain is regulated on a sub-national and national level. As a country divided into 17 autonomous regions, each region is entitled to regulate any gambling activities that occur within the territory.  This means that land-based gambling operations are subject to both local and regional regulations (which may vary between regions), while online gambling is regulated at a national level as it transcends borders.

Lottery games in Spain are considered to be an oligopoly as there are currently only two operators who have a license – one of which is a state company. Fantasy games and Esports are currently not regulated in Spain.

These strict rules of advertising have not been met with open arms by everyone. Jdigital, Spain’s Digital Gaming Association, and media association la Asociación de Medios e Información (AMI), have both submitted appeals to the Supreme Court to challenge the restrictions, stating that the gambling market is being negatively affected by overbearing policies.

Taxes on gambling in Spain

For operators who become tax residents in the autonomous cities of Ceuta and Melilla, the tax rates for online gambling will be 10 percent GGR

While Spanish bettors wager on a range of sports, it comes as no surprise that soccer is the most popular – after all, Spain has some of the best national teams in the world, including Real Madrid and Barcelona. As such, operators offer coverage across all major soccer leagues including the Primera Division (also known as La Liga), which is the highest-level league in the country. Foreign leagues such as the Premier League, Champions League, Serie A, and the German Bundesliga are also well-covered.

Basketball also has high coverage in Spain, both in terms of viewership and wagers. The ACB is the domestic national basket league of the country and has a significant following, and the Spanish national basketball team has also seen success in international competitions. And then there’s handball, which is another major sport in Spain, with the national team winning two world championships and being the reigning champions of Europe.

Other popular sports include horse racing, baseball, golf, boxing, and motorsports, in both domestic and international contexts.

According to the DGOJ, more than €1,300 million was spent on slots alone across Spain in the third quarter of 2020, making it by far the most popular casino game in the country – an increase of nearly 8% when compared to the previous quarter. This may also be due to the increased sophistication of video slot machines which can be branded and themed according to popular television series, stories, and folklore.

The traditional casino games such as roulette and Punto Banco do see a reasonable number of wagers, but blackjack takes the winning spot after slots, with €267 million being wagered in Q3. Live casino is also steadily increasing in profile, and we expect to see increased numbers with the vertical in the coming year.

The Spanish Christmas Lottery, also known as the Sorteo Extraordinario de Navidad, is by far the most widely used form of gambling in Spain. The largest lottery draw in the world known as the “Fat One” or “El Gordo” is held, with tickets costing €200 each, with an incredible jackpot of more than €2.4 billion.

It’s clear to see that the Spanish iGaming market is amongst the leaders in the continent. With clear legislation already in place and ongoing interest and investment from global operators, the industry will continue going from strength to strength. With a strong technological infrastructure and a population that loves sport, gaming, and gambling, it’s all for the taking.

However, as legislation around advertising and promotion continues to have an impact, operators will have to find a way to navigate these restrictions or convince authorities to relax them. Despite this, the Spanish iGaming market is ready to play, and operators not part of the game are missing out.