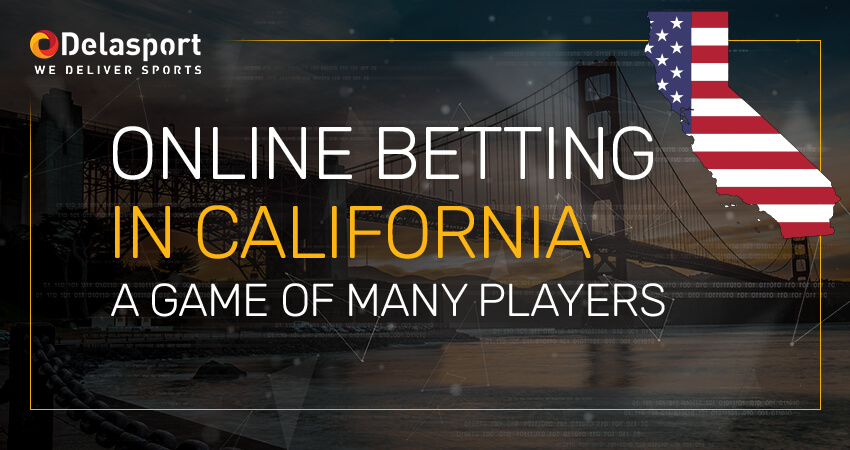 California is the biggest state in the US, with a huge geography and an incredibly diverse populace. With nearly 40 million people living there (equating to almost 12% of the total US population), and 15 major sports teams in the four big professional leagues, it has huge potential as a lucrative market for gambling operators. With over 30 states already having legalized betting on sports, online gambling in California is lagging, and at least in that regard, it is still a dream of Californication.

The state’s lawmakers, poker room operators, and Tribal casinos are locked in an ongoing dispute, all with their own agendas and priorities, making a resolution difficult.

In our latest iGaming market report, we look at the current status of online and sports gambling in California, what the disputes are, and what the future may hold for the Golden State.

Currently, most online gambling activities in California are prohibited, including poker, sports betting, and casino games. However, there are a few exceptions, including horse betting sites, daily fantasy sports, sweepstakes, and social casinos. There are currently several ongoing legal discussions happening (more on these later), which focus only on sports. There will be a vote in November of this year, but even if online sports gambling in California is approved, online casinos will have to go through their own journey. The good news is that however long it takes, it will happen sooner or later – there’s too much potential to be wasted.

All gaming in the State of California is governed by the California Gambling Control Commission, including some Tribal organizations as well. If or when online gambling was to be legalized in California, the CGCC would oversee its regulation.

For the Tribes, anyone who wants to open their operation for online gambling should not be permitted – including the card rooms, who they do not perceive as legitimate. If statewide gambling expansions were to pass, they don’t want card rooms becoming further legitimized.

Then we have the card rooms, which are already well-established in the state. They argue that the Tribes are trying to monopolize the industry in California and have spent a lot of money and time in court to argue the point.

Another party is made up of the California racetracks, who are keen to be included in any new online gambling agreements. And finally, we have the California Lottery, which can potentially bring in a lot more tax revenue for the state if certain barriers are lifted or altered in their favor.

Take a look at our Brazil iGaming Market Report and find out more about the business in this country!

While California laws prohibit all land-based casinos, this does not extend to the sovereign territories of Native Indian reservations. This means that anyone visiting a full, traditional casino in California will be on those lands, with the operation owned/operated by a native Tribe. California has over 100 federally recognized Tribes, 73 of which own 76 Tribal casinos.

Annual gross gambling revenue from casinos run by Californian Tribes is estimated to be over $8.5 billion, amounting to more than 25% of all Tribal casinos’ annual income in the United States. The state government also receives around $3.5 billion a year in taxes and revenue share payments from Tribal casinos, giving them a large amount of influence and voice amongst regional authorities.

Despite the ban on land-based casinos for anyone not on Tribal land, the California gambling market has nearly 100 licensed and legal card rooms, which sometimes refer to themselves as casinos. Technically speaking, these are not like normal casinos as they do not offer slots, roulette, or any other traditional casino games and mainly focus on player-vs-player poker.

Some also provide variations of other card games including baccarat and blackjack, albeit these games differ slightly from those found in casinos so that California law is not violated.

The card rooms were an established form of legal gambling by the time the first Tribal casinos began to spring up in the early 2000s. Disputes between the Tribes and the owners of card rooms have persisted for more than 20 years as each party contests the other’s legal standing.

The current campaign for sports betting

As of right now, there’s an ongoing campaign to bring betting on sports betting within Californian law, which is the most expensive ballot-led legal fight in US history. On one side are the indigenous Tribes, and on the other are online gambling companies. For the victors, a potentially multi-billion-dollar marketplace.

Gambling on horse races is currently legal in California through the state lottery, in card rooms, and the casinos managed by Natives. But this is where the line is drawn, and legislation is yet to be defined. However, there are two proposals in play right now that would make that possible, each of which has a unique approach:

With both sides putting a lot of money into their respective preferences, it’s anyone’s race to see how things turn out in regard to online gambling in California. There is one certain outcome – that sports betting will become legal in some way. There’s simply too much money to be made for all stakeholders – it just depends on who’s terms it happens. And when that moment comes to pass, we expect to see a huge amount of revenue as hungry bettors are given their new freedoms.

As for online Casinos in California iGaming market, this will likely become another huge debate once the dust settles from the current events. But, we are confident that this too will come to pass.