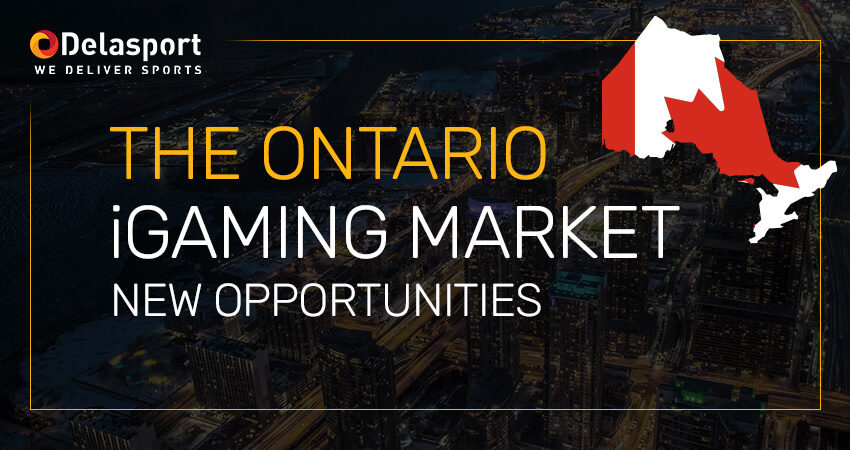 On April 4, 2022, the Ontario government formally opened the market for sportsbooks and internet casinos. This is a big move for the industry and the province since it opens up a new gambling scene that has fast grown into one of the hottest iGaming prospects in the world with an estimated GGY of 600 million euros and a population of over 14 million.

Read on the Ontario iGaming market report because, in this special analysis, we examine the data, what the new rules are, and the kind of wagers Ontario residents are most likely to place in this rapidly growing and dynamic new marketplace.

The government passed bill C-218 in 2021, amending the regulations that prohibited online gambling and transforming the internet gaming scene in Canada. Following the passage of the law, the Canadian gaming sector was permitted to collaborate with provincial partners to provide sports betting enthusiasts with single-event wagering. On April 4, 2022, Ontario, which is home to 40% of Canada’s population, opened its doors to legal online gaming. Since that time, 13 operators have gone online, and another 27 gaming operators have already registered with the Ontario Alcohol and Gaming Commission.

After the more established U.S. markets of New Jersey and Pennsylvania, Ontario is likely to rank as the third-largest regulated online market in North America by 2026.

The Ontario market was regarded as “Gray” until April 2022, with remote wagers being accepted from offshore operators. In contrast to other jurisdictions that have recently established their markets, the AGCO (Alcohol and Gaming Commission of Ontario) adopted a different strategy for establishing a regionally controlled market. The province of Ontario established a transition period during which offshore operators might apply for a new license and set a comparatively low tax rate known as “revenue sharing.”

Since April 4, 2022, licensed operators who have registered with the Alcohol and Gaming Commission of Ontario (AGCO) and who have signed an Operating Agreement with the AGCO’s newly established subsidiary, iGaming Ontario, may now provide internet gaming in the province (iGO).

The AGCO is the department of the Ontario provincial government in charge of gaming regulation. With the creation of iGO, there are now two Crown organizations under the AGCO’s jurisdiction that are in charge of managing and regulating iGaming in the province.

The government is unmistakably focused on the economic opportunity with its agenda for pushing internet gaming in Ontario. Under the province’s open licensing approach, the number of online gambling operators permitted to register with the Alcohol and Gaming Commission of Ontario is currently unrestricted (AGCO). ‎

The “tethered” strategy, used in states like New York and Michigan, requires each online sportsbook to collaborate with a physical casino, making this the first model of its kind in North America. The growth of Ontario’s new iGaming industry depends on the open-ended license programme, which should draw and register more online gaming enterprises than other comparable North American states.

Each brand (URL) needs to have its own bank account, B2C license, and a security deposit equal to the lower of $5M CAD or the last 12 months’ GGR (first year based on the first 2 months of GGR (pro-rated).

The independent source of iGaming business analytics, VIXIO GamblingCompliance, has reported that a number of features of Ontario’s regulatory regime are more similar to those of European than American countries. For instance, the AGCO has similar limits on the design of online casinos as those observed in the UK, emphasizing responsible gambling and protection. Other similarities are that there is no limit to the number of licenses and that there are similar advertising restrictions.

The following advertising restrictions have been set by the regulators for any new sports betting and iGaming companies entering the Ontario market. ‎

The Ontario market’s advertising regulations resemble those of European markets more so than those of US markets. ‎

Ice hockey is of course the national sport, but as the majority of Ontarians reside within 100 miles of the US border, they also closely follow American sports. As most Ontarians have cable access to American broadcast networks, and the province broadcasts all major American sporting events, including college football and basketball, sportsbooks often feature competitions from both nations.

Since the NFL has been shown on Canadian television for many years, most sports fans in Canada follow American clubs in addition to CFL ones. The Toronto Raptors are a fan favorite in NBA basketball, especially after the 2019 NBA Championship. ‎

Baseball, lacrosse, golf, boxing, and horse racing are other sports that will see a lot of action in Canadian sportsbooks. ‎35% of inhabitants of the province report placing bets at sports betting websites at least once each week, according to a poll by OntarioBets.com, a company that specializes in research and reviews of sportsbooks and online casinos. ‎

The conventional games seen in brick-and-mortar casinos are also the most well-liked at online casinos. Like many other nations, Canada is a leader in the popularity of slots, with table games like Blackjack and Roulette also enjoying significant popularity. Given that Ontarians have previously played online casino games with European iGaming providers, their preferences for video slots are comparable to those of European players. ‎

In the international iGaming sector, Ontario is without a doubt one of the most exciting prospects. Operators will be put to the test as they strive to enter the newly regulated and fiercely competitive market as more and more operators seek to participate in the fray with such significant opportunity. We will be keeping a close eye on how other provinces may follow suit.

Make sure you check our blog regularly for more iGaming market reports because there are more to come!